​For sale:  I can now provide generator/fan belts with artwork correct for any year of 356 (and early 911 too).  I started with 356 B and C belts, and now have completed artwork and tooling for ANY year (did I say "any year" again?). These are the most accurate reproduction of the original color, font and lettering of the original belts, and are appropriate to use with 356's.  The PHOENIX belts were used on 356 B and C cars.  For the A cars, there were several versions of the ContinentaI belts, some were white paint, some had some blue artwork, some had more info, some less.  After talking with several tool kit guru’s, I decided to recreate the belts shown below.
For the 2 piece Pre A cases, I have two options available.  Buyer can choose.  The Pre-A 2 piece belts are a different size than any other type of 356 belt.  Heretofore the belts sold by vendors for Pre-A were toothed (cogged).  Mine are smooth (as original) and correct size of 13 x 850.  When ordering, be sure to let me know if Pre-A, A, B or C belt is needed.  They are not the same artwork!
Early 911 belts are also shown below- they are correct size 9,5 x 710
To make these available, the process involved carefully measuring the size and contour of each symbol and re-creating it all in AutoCAD. After this, tooling was made to produce the belts. Each belt size required unique tooling.  The belts are made one at a time, held in place with special tooling and accurate ink. Some disclaimers: Despite all the efforts, the images produced on the belts are not done by Rembrandt. They are not perfect as the belt accepts the ink at different levels. I can state that having gone through several iterations of tooling and ink processes, these are as good as can be produced. I think actually better than originals but please know there will be “flaws” in the printing. Second disclaimer is that I am not a belt producer- I am simply creating labeling on these belts to replicate the original lettering. These belts are all NEW BELTS. Should any belt be installed and have pre-mature failure or degradation of the ink, there are far too many variables that could cause the failure (ie, incorrect installation of the belt). So, I will not accept responsibility for belts failing on engines, although I do hope these belts are used not only in tool kits but on engines themselves. I am offering these at $89 each for either the Phoenix type or Continental. Shipping and PayPal costs bring it to $99 total for each- shipped via Priority Mail in the lower 48 states. At this time minimum order for international shipping is 2 belts.
356 A and 3 Piece 356 Pre-A Belt

356 B/C belts
Only difference between B and C is the date code I apply. 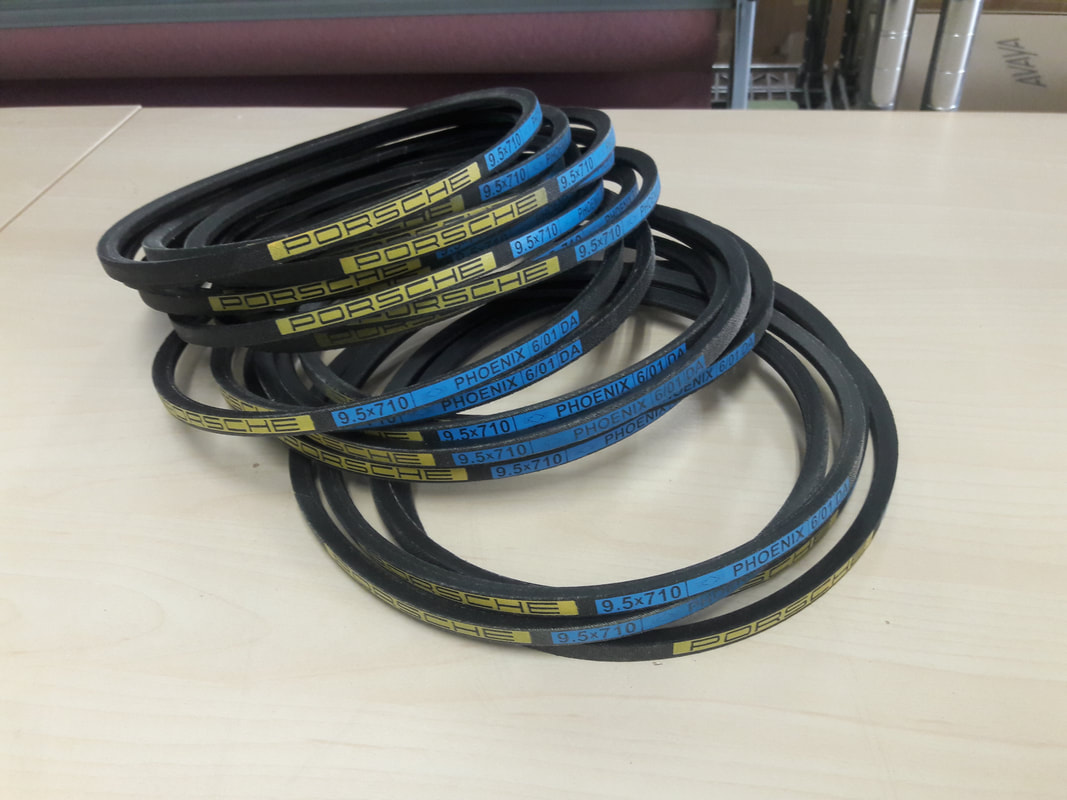 356 Pre-A 2-piece Engine
Have sourced new belts in the correct size 13 x 850 and they are smooth belts- not cogged.  This is what belongs on your engine and in your tool kit!!

​I happen to own 2 very nice CHROME Lietz luggage racks, and just need one. It took me hours of staring and polishing on the two of them to decide which one to keep! Very equal, and I am very fussy.
The rack is not perfect, but overall I would rate the rack a 9 out of 10. Unless you have spent large $$ re-chroming a rack, this is about as good as it gets. My personal opinion is that the stainless steel ones look like stainless, and are obvious reproductions pieces. This one is chrome.
It is darn hard to photo small chrome imperfections, but I will try to describe. All of the vertical round bars are virtually perfect, without any issues. The cross bars that hold the rack to the grills are very good, but at the turn to meet the rack there is chrome that is shinny but not smooth. I tried to include a photo of these "corners". I have owned about 5 or 6 of these over the years, and at this spot they all have some issue, and this one is probably the best I have seen in this area.
The horizontal bars at the bottom have small pitts. Not bad, but they are there, so don't expect this is perfection because it is not.
Overall, again, unless you want to send your chrome rack to a chrome shop for a large invoice, this rack is a great choice for a high end driver.
The plastic pads in the for corners are in great shape and the rack comes with the 4 chrome standoffs for mounting. 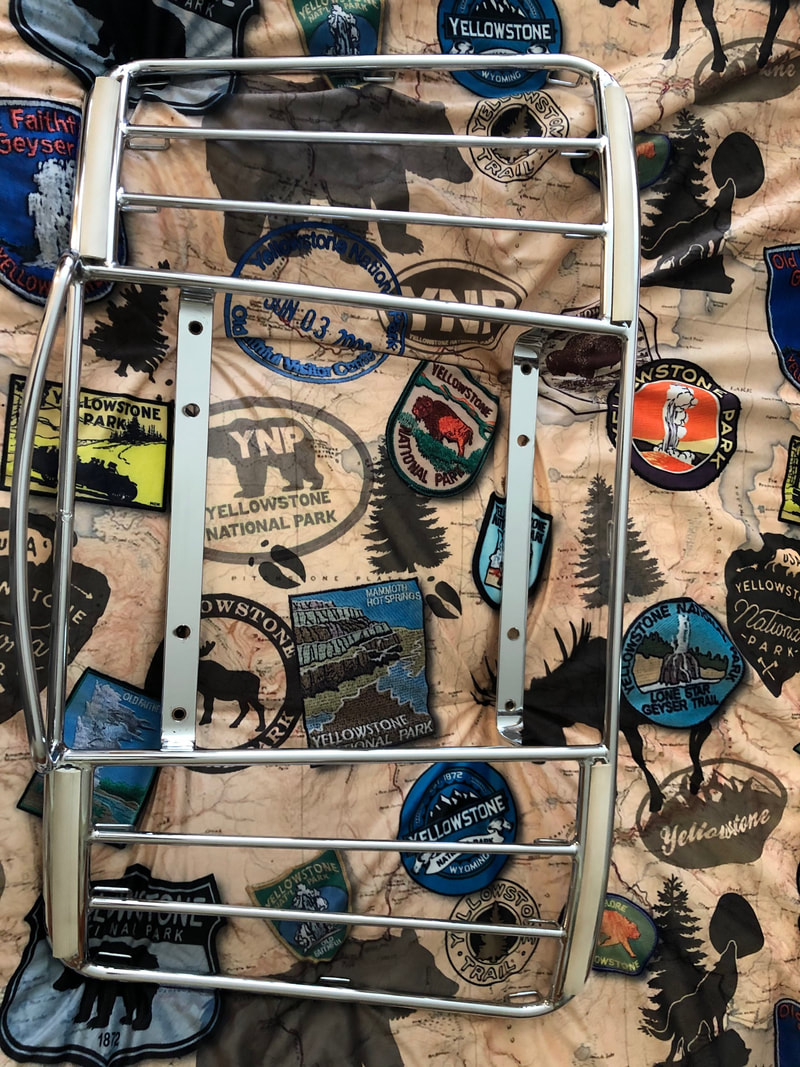 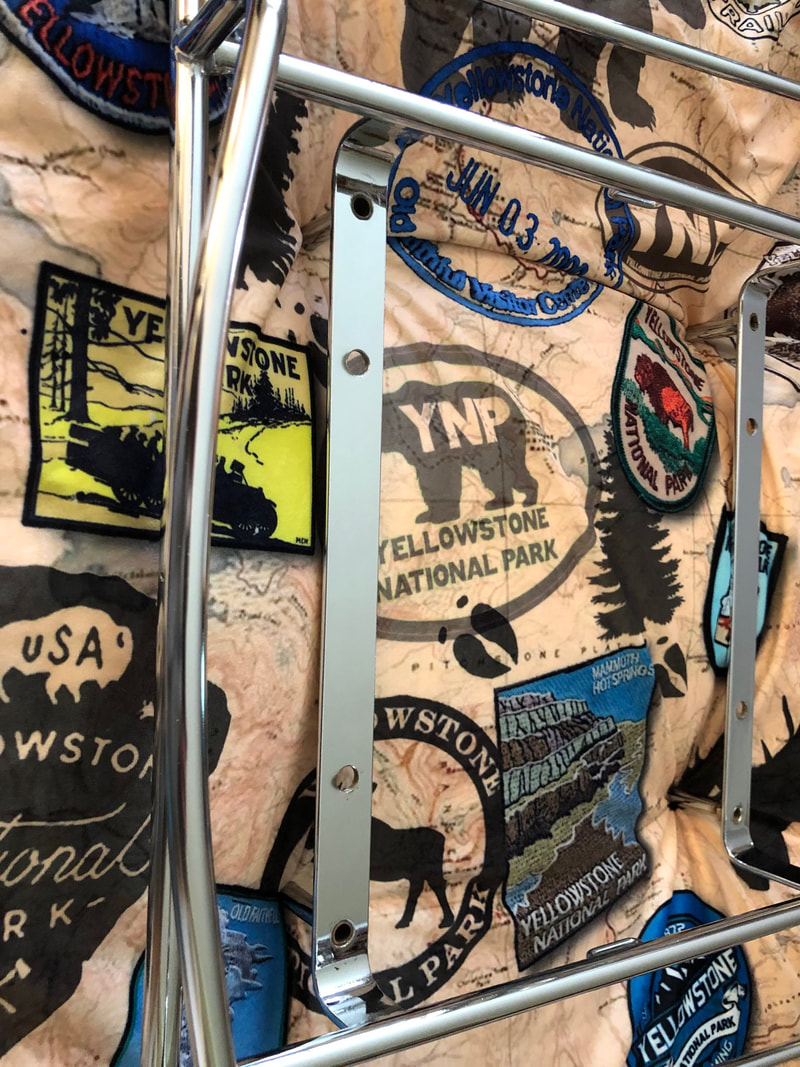 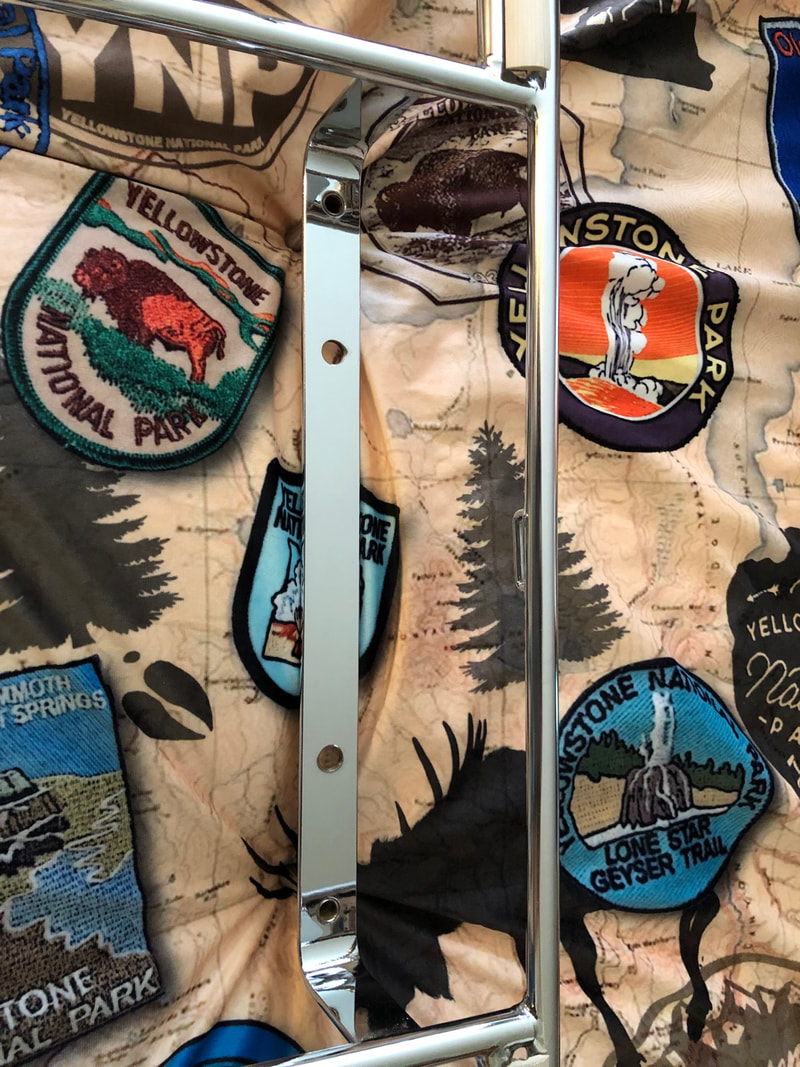 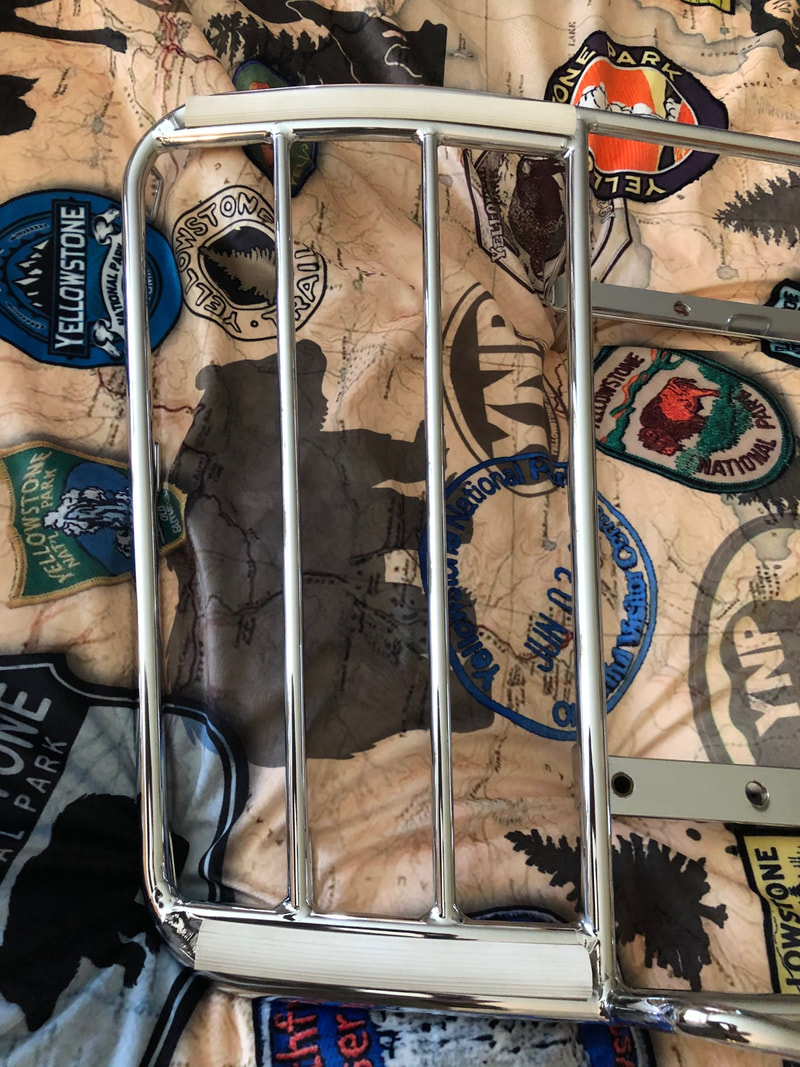 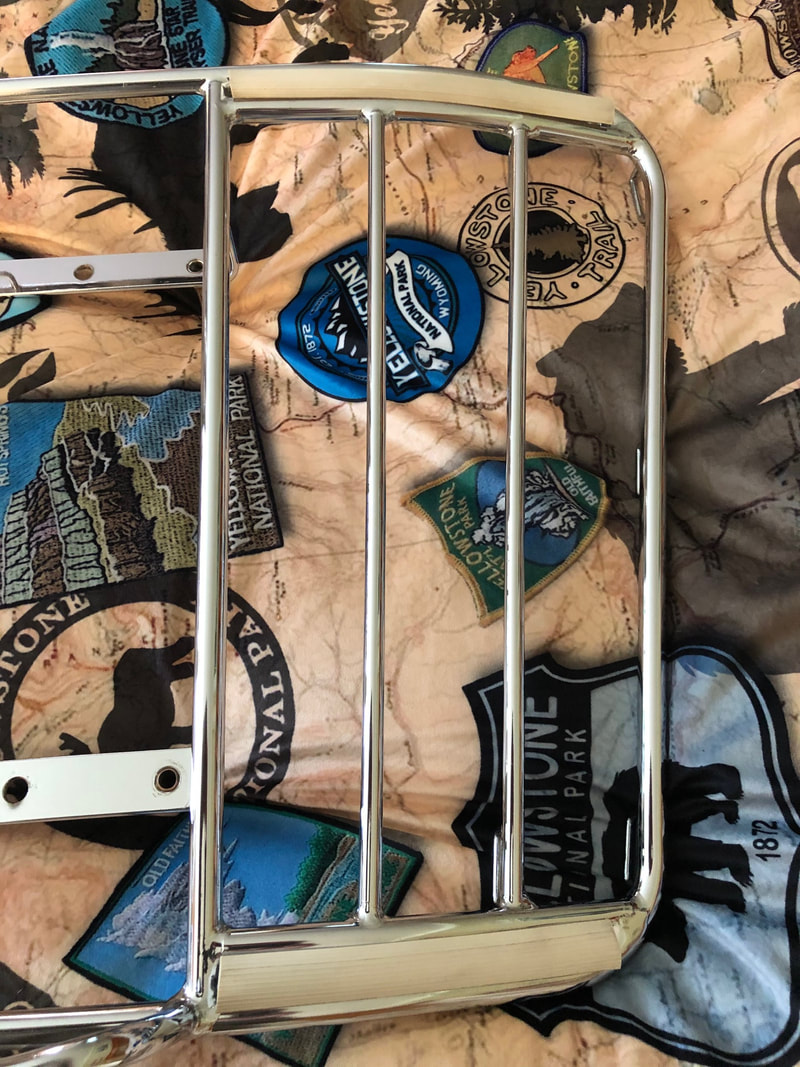 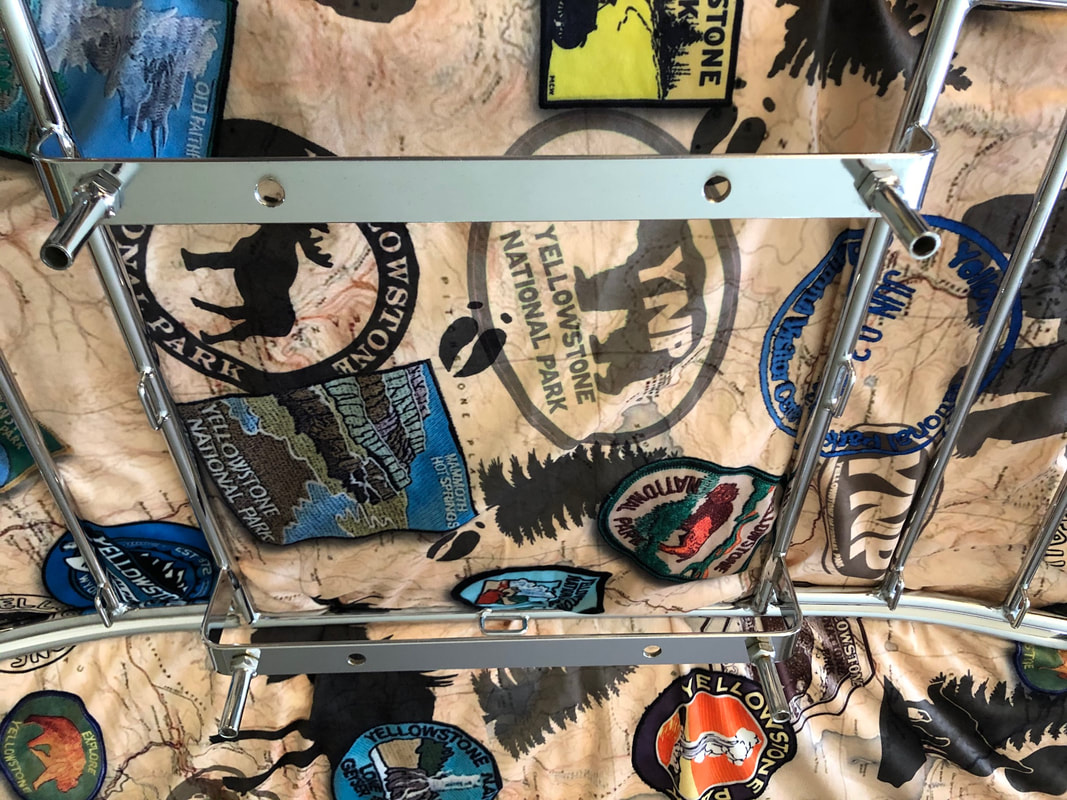 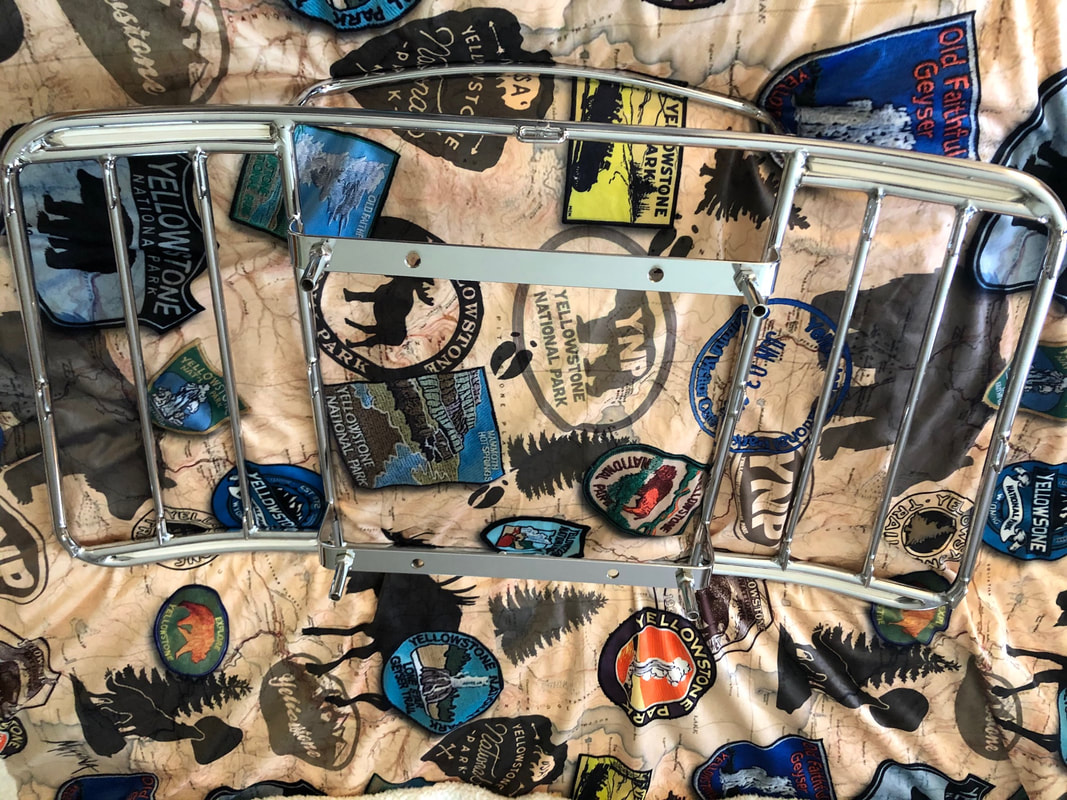 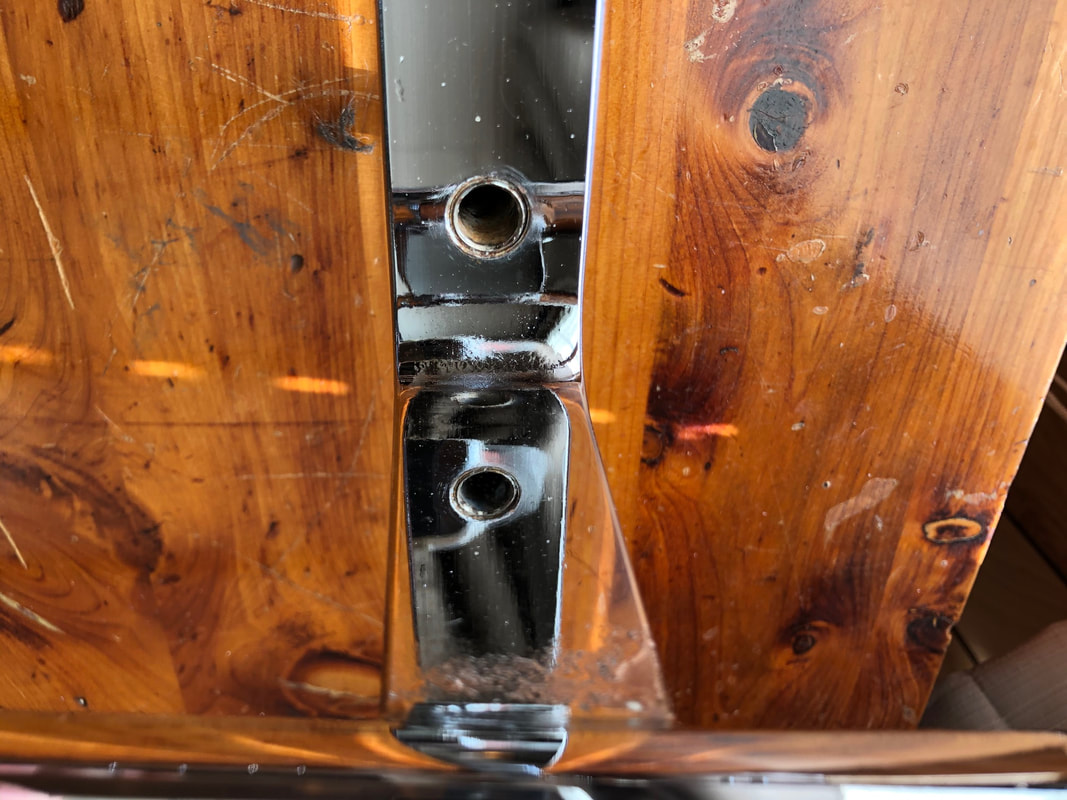 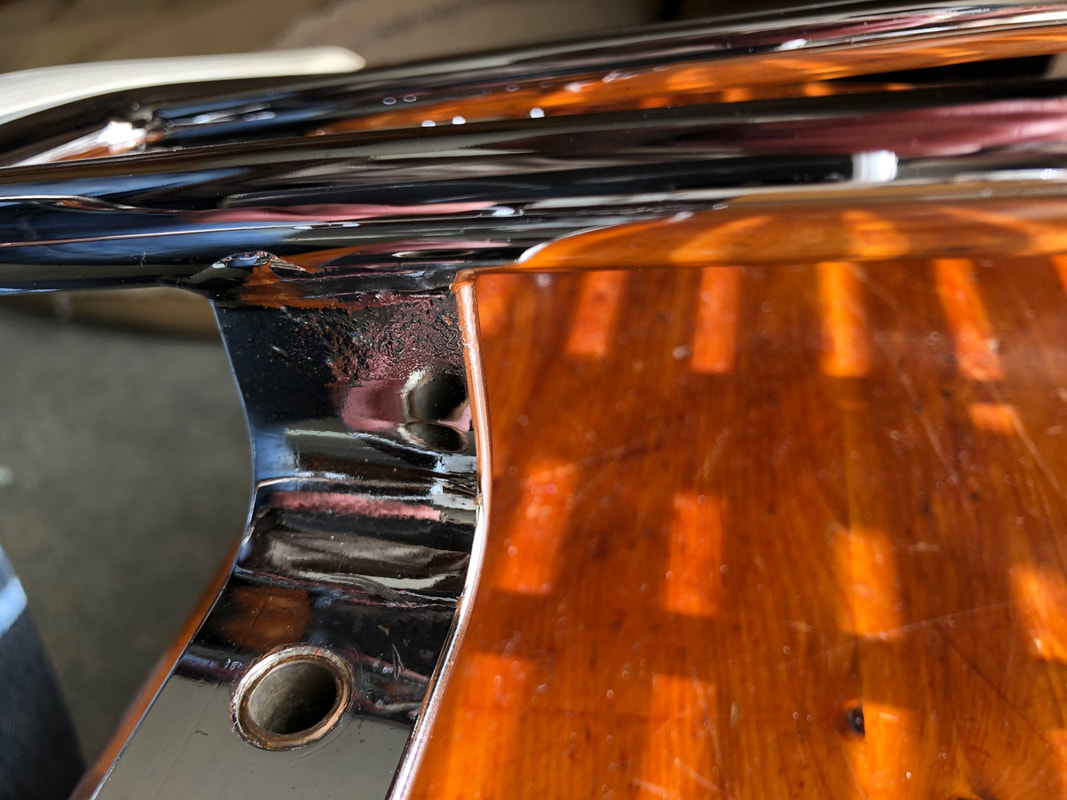