Miss April is our 5th 356, having bought the first one back in 1975.  Below is a photo of my wife and I was taken in 1978 with that first 356- a 1962 B coupe.    Please note the license plate in the photo of the coupe is California black license plate NLM 608.  I sold it to a person with a last name of Beardsley in Southern California in 1979.  If anyone reading this knows the whereabouts of this car, please contact me.

There are some photos of the other Porsches in the slideshow below.  We loved driving the cabriolet’s on warm sunny days, but there is nothing like the classic lines and driving a well running 356.

We bought Miss April from the 4th owner, who lived in nice DRY Arizona.  In the website you’ll learn that Miss April  is surprisingly original.  Many parts carry correct date codes, as shown in the Engine Section of this website.  I've written a couple of technical articles published in the 356 Registry magazine.  You'll find the articles in the Original vs Repro Section.

In 1975 I bought my first Porsche, a pearlescent orange heavily lacquer coated 1962 356 coupe.  Hey, what’s wrong with that color?  After all I was upgrading from a Ford pickup with shag carpeting in it!  Man, what was it about shag carpeting back then anyway?

I don’t think there were a lot of pearlescent paint jobs on the streets in those days, so the paint job on this car made it flash.  It got lots of attention being so unique.  The paint had so much pearl and lacquer coats on it that it had a gold tint to its color.  Pretty cool for a single guy in his twenty’s, or at least I thought so.

I have lots of memories of the 356, including that I met my wife because of the car, but we’ll get to that in a minute.  The car itself had an interesting time with me as its chief mechanic.  I had to rebuild the engine twice.  First time was due to a cracked engine block near the oil cooler location (common for the 356).  Second time was because I just “blew” the engine, and had to put in all new pistons/liners, cam etc.  Gosh, I must have spent almost $400 on that rebuild!  After a while I became quite proficient taking the engine in and out in those days.  When the engine block was cracked I was sure it was the main seal causing the oil leakage, so I must have removed the engine and replaced the seal 3 or 4 times before the real problem was diagnosed.

The first time I took the engine out was for a clutch job and I asked a friend come over after work to help me re-fit the engine.  I didn’t have the clutch alignment tool yet so we were having a problem getting the engine to slide up to the transmission.  His wife, who was nine months pregnant, had come along, so we decided it would be a good idea to have her get into the car, and press on the clutch pedal while we tried to push the engine in.  Yes, of course, the car was precariously high up in the air on concrete blocks and wood instead of engine stands.  This was not one of the finer decisions of my life, and there may have been a few too many beers involved in process.  Well, as my friend Dale and I lay under the car pushing on the engine, Rhonda pressed down on the clutch pedal and guess what?  Her water broke!  Time for baby!  Dale leaves me with the car and engine hanging in the air, and off to the hospital they go- delivering little Leah Ortego into the world only 45minutes later.  For a while they actually seriously considered naming her Porsche.

Well, single life was prospering for quite well for me, and every other Friday I would take the Porsche to the local bank to deposit my paycheck using the new drive up teller booths.  In those days it seemed like there was always a line at the bank drive up, but somehow I somehow always managed to get in the fast moving line.  Curiously though, my transactions always took a long time though.  After weeks, of this, I finally caught on….. that bank teller was flirting with me!  I think she liked the 356 more than the balance in the account.  After all, it was pearlescent orange!  Finally, slow as I was on the uptake, I got the idea and I wrote a note to the teller on the back of a check, and sent the note up the tube to the teller, asking her for a date.  Well, we’ve been married 44 years now, and many of you know Marianne.

Time and California sunshine took their toll on that first Porsches flashy paint job, and the precious lacquer coats cracked severely.  I stripped the car to bare metal and painted it Porsche white just before selling the car.  I’ve included a picture from 1978 with Marianne (pregnant with our first) and I next to it in its white version.

​By the way, we didn’t name any kids Porsche, just one of our dogs!   Actually, having had this Porsche affliction for a number of years (decades), we have named several dogs with reference to Porsche.  The names were Porsche, Mahle, Axle, Teka (original seatbelt OEM to Porsche), and  Maximilian- Max for short.  The name is a reference to Maximilian (Max) Hoffman. 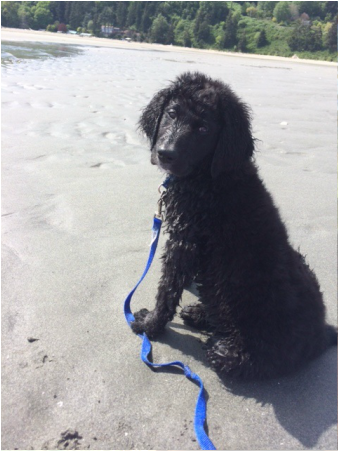 ﻿Our air cooled "EnginesInBack" experience was not limited to Porsches.  We've had 6 VW's as well.  Two VW squarebacks, one dune buggy, two Volkswagen transporters, and a VW Super Beetle convertible.  Photo of the 1st bus is included in the slideshow.  Photo shows the sliding door open, diaper box on the floor, full of baby seats and luggage.  Drove it for years!  It had the HUGE sunroof.  After trips to the beach, we'd use the garden hose to spray out the sand from the inside.
This year (2022) we bought a 6th VW.  Another transporter/bus!  Her name is Lucy, and she is a 1977 model.  Photo below.﻿ 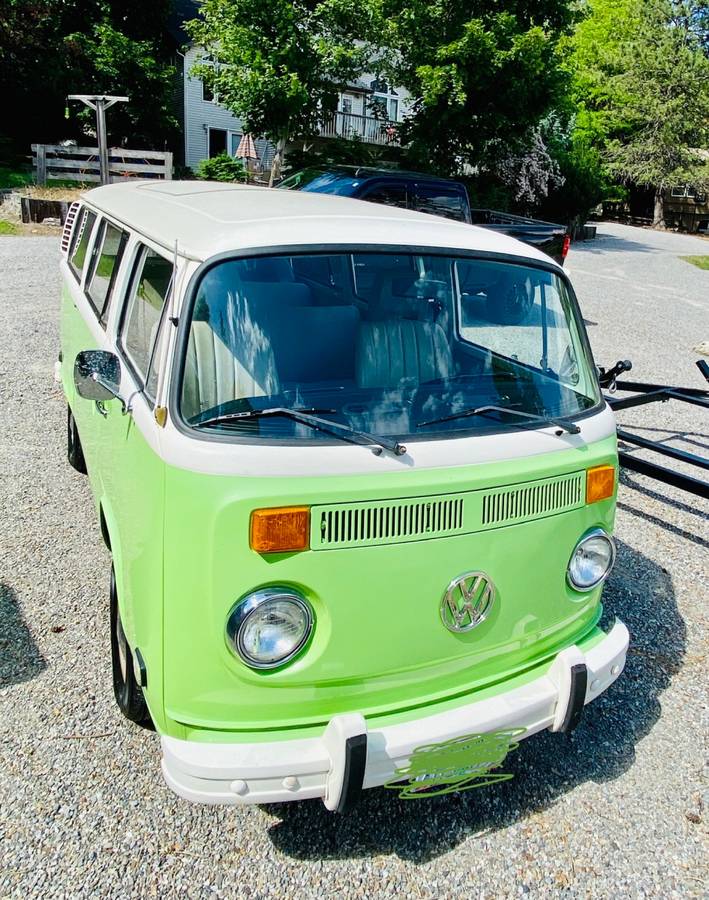