A treasured item for many 356 owners is an original Porsche key fob. New owners were presented with one when they purchased their car "back in the day". As illustrated by the photos on this page, they consisted of two thin pieces of leather, cut straight at the top and rounded at the bottom, held together with four small rivets (flat or rounded), between which passed a chain with a ring on one end and a curiously twisted piece of wire on the other. The leather was embossed with the Porsche factory crest on both sides, or less commonly only one side with the Reutter or Drauz coachworks crest on the other side. A few fobs are blank on one side, and some believe that these were simply manufacturing mistakes. On the inside, the leather was always lined with a very thin, satin-like material according to Scott Tong, who has a collection of original fobs. 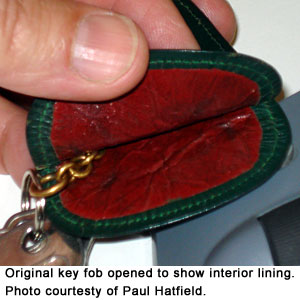 The leather pieces came in a variety of colors: black, brown, red, blue, and rarely, tan and green. The interior liner color was always maroon, according to Jerry Haussler, though Scott Tong has seen a few light tan liners. The color provided to the new owner was not necessarily related to the colors of the car: my father received a blue fob when he picked up his ivory/brown 59 coupe. As far as size goes, Tony Aguirre measured his well worn original fob and found it to be: 2 7/8" long, 2 1/2" wide, with a chain length of 2 7/8" (not including the twisted end). A larger style was introduced later in 356 production, possibly to accommodate the transmission lock key. It is shown below in photos provided by Jerry Haussler and John Kent.
Over the decades, shoved into pants pockets and tossed into drawers, the leather pieces slowly disintegrated and the fob was often discarded (after all, these were almost "give away" items when new). Few remain in good condition, and the rare pristine example has been known to fetch over US$3,000! (Reutter fob sold on ebay, 07/19/07)
The Reproductions Usually Don't Measure Up
Modern reproductions are available but many of them fail to match the originals in a number of areas. The "twisted" end of the keychain is just a simple metal loop (one dedicated 356er had an accurate repro chain done in 18K gold!) and the chain links are different. The inside of the leather pieces, which are usually thicker than the originals, is not lined and the top corners are rounded. Also, the stamped Porsche crest is not done as accurately as the originals: the small vertical lines in the horizontal bars at the lower left and upper right are missing in the repros, and there is less detail in the prancing horse in the center of the crest.
In 2008 some newly made repro fobs appeared on the market that were made more accurately. The "twisted" end of the keychain was essentially an exact match to the originals, the stamped crest was much improved over earlier reproductions, the dimensions were accurate as were the rivets, and they even had a maroon-colored liner. In some the liner had a fine pebbled texture, unlike the originals which were smooth, though some of the repro liners were smooth (there seemed to be more than one style of repro). The repro liners  were a somewhat darker shade of maroon than the originals.
It is worth keeping in mind that over the 15-plus years of 356 production, Porsche may have sourced the key fobs from different manufacturers, and styling details may have varied. Even the Germans might not have enforced rigorous quality control on what was then essentially a throwaway item.
​Photo by Chuck House 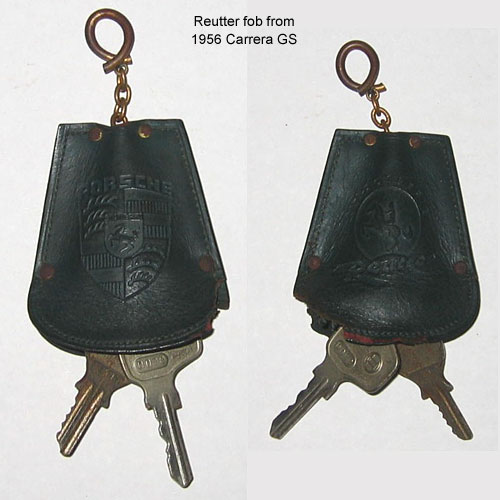 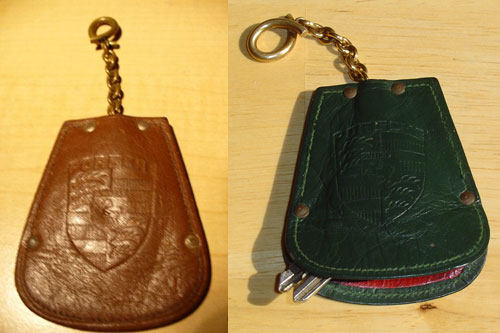 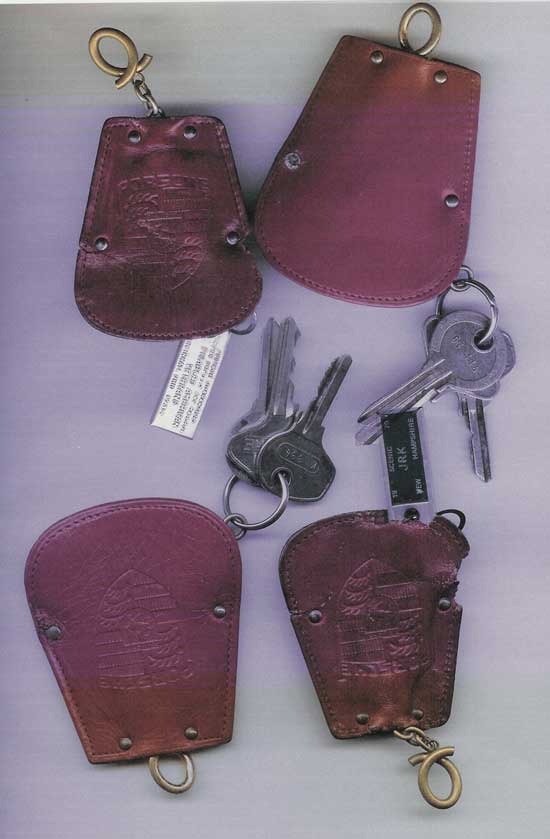 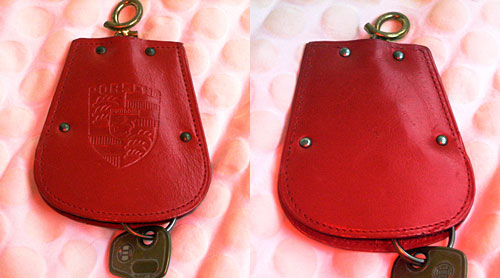 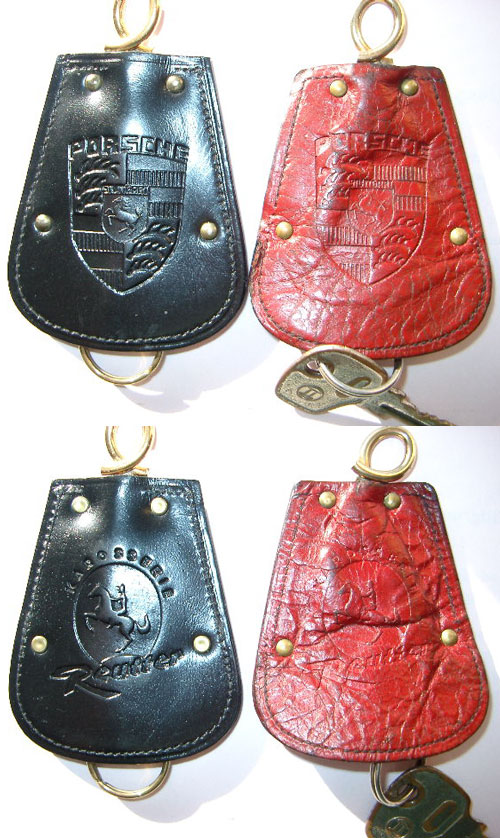 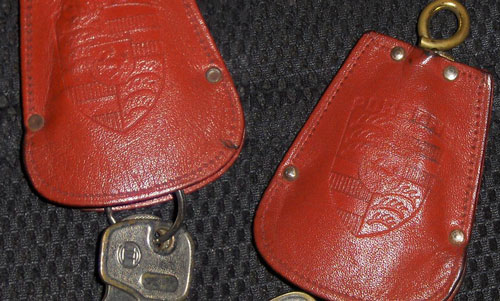