Being an originality freak, I have ended up studying the differences between original parts and reproduction parts.  Some parts are done very very well, and you can hardly tell the difference.  Other parts, well, I can't give them that credit.  Please know that I am not criticizing the manufacturer or provider of the reproduction part- unless they are offering the part as an exact reproduction of the original.
Many parts in reproduction now are good as replacement parts.  They look nice and they function well.  But, to say they look exactly as the original would be a stretch.

There is also the discussion of NOS parts.  Means different things to different people.  Just because a part is from Porsche, it doesn't mean it is the same as the part that was originally supplied during 356 Production.  Note the label below and notice the name is Porsche AG.  The company changed name to Porsche AG after production of the 356 (1972).  Is the part the same?  Only a comparison can provide the answer.  All we know is the label was printed after 1972.

It is likely that the parts tags that were printed during the 356 production time-frame were the ones without the AG notation- like the one shown at the top of this page.  However, even tags without the reference to Porsche AG could have been made after 356 production stopped (1965) and up until 1972. 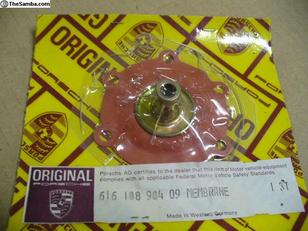 Here is an example of how tricky this can get.  The photo to the left shows a Porsche part in vintage looking packaging.  Now notice the tag has a reference to Porsche AG. The tag itself was printed after 1972.  Was the part made after 1972?  Probably, unless the original parts tag was somehow damaged or removed, and a newer tag put in its place.  To be clear, I am not saying the part in the package to the left isn't exactly the same as an original part made during 356 production.  What I am saying is that the parts tag was printed later, and that therefore the part might have been produced later, and that as such, the part may be different.  Only a side by side comparison would let us know if it is the same. 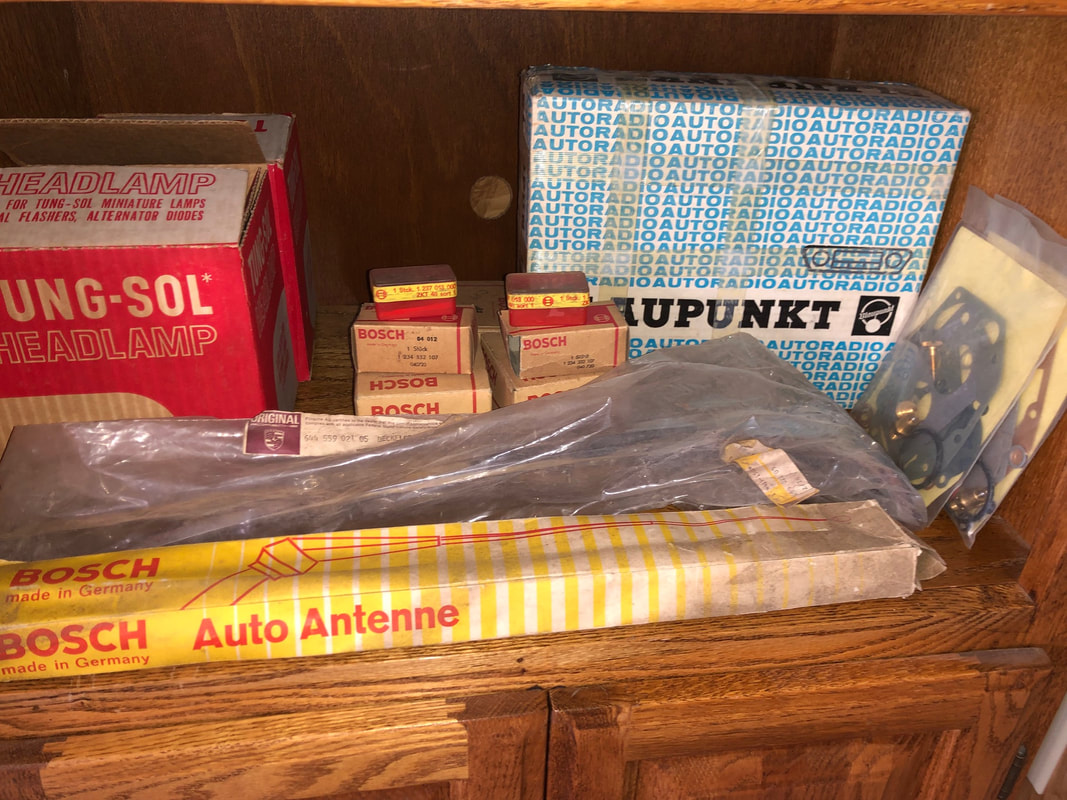